gadgets71
Researchers at the SINTEF Research Institute in Norway and the Norwegian University of Science and Technology are using snakes as inspiration for a new... 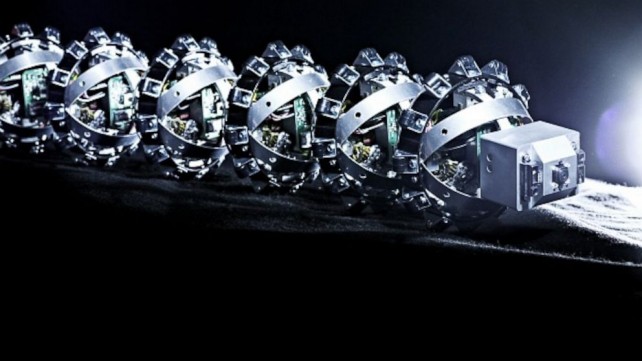 Researchers at the SINTEF Research Institute in Norway and the Norwegian University of Science and Technology are using snakes as inspiration for a new type of Mars exploration robot. Senior Research Scientist, Aksel Transeth and his colleagues are carrying out a feasibility study for the European Space Agency, exploring how a snake robot would cope with the conditions that exist on Mars.

“We started the study back in June and will finish sometime in December,” Transeth said. The study is more like a written report than it is a series of experiments, he said. However, the ideas on paper could make its way into a prototype within a few months.”

Normally Transeth researches how to make snake robots work more efficiently on earth when carrying out search and rescue missions.  “Biological snakes can climb rocks and slide through small holes,” he said. “Imagine if you could have a snake trained to find people in fallen down buildings.”

Current rovers that are sent to Mars struggle over the terrain and as a result there are many places that are unreachable. Researchers are hoping that if the snake robot can reach these areas, then they will be able to learn alot more about the red planet.

“The snake robot could travel to cliffs and look underneath overhangs,” said Howie Choset, professor of robotics at Carnegie Mellon University. “It could find a crevasse, crawl down it and extract a sample, which itself could tell us how Mars evolved as a planet,” he said.

However, a snake robot landing on Mars is still a long way off. As Choset explains,  “There are a lot of challenges that we still have to address,” he said. “We’re still having a hard time figuring out how to make these robots work in bumpy and highly confined spaces here on Earth.”