Gadgets1687 robots44
No matter what Hollywood tells us about killer robots chasing us and tearing us limb from limb, the reality is that; pound for pound,... 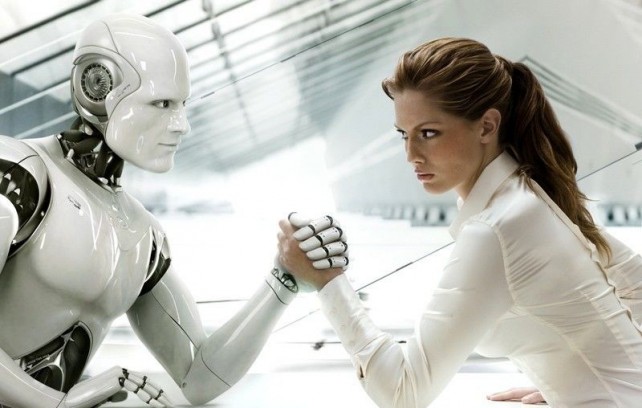 No matter what Hollywood tells us about killer robots chasing us and tearing us limb from limb, the reality is that; pound for pound, robots are nowhere near as strong as humans. Until now that is. Now there is a distinct possibility that in the future, there will be superhuman robots with artificial muscles.

A team at the National University of Singapore (NUS) has developed a robot artificial muscle which is incredibly close to real muscle. As it stands now, robots have a very distinct way of moving (think of the robot dance). Humans move in with a smooth fluid motion. The reason humans can maintain such control over our movements comes down to our muscles which produce force and motion. The longer a muscle stretches, the more weight it can support and the more control of movement it allows.

Artificial muscles have been developed, used and studied for many years now. The relationship between artificial muscles and prosthetic limbs is forever marching forward. However, scientists have only ever been able to develop an artificial muscle that stretches up to three times its original length. This poses serious problems when it comes to strength and control. The average robot can only lift objects half of its weight.

Another win for humans is our ability to react within a fraction of a second. Robots often take longer to react and then have to wait for a mechanism to kick in before they move. All in all, humans wouldn’t have anything to worry about in a hand to robot hand combat situation.

Dr. Koh and his team at NUS have developed an artificial muscle that not only has several attributes that are closer to the human muscle than any other artificial substitute from the past:

So far, the team at NUS have developed a muscle that can stretch to 5 times its original length and is able to carry a weight up to 80 times heavier than itself. Although Koh is understandably proud of his team for their achievement, they estimated that the polymer actually has the potential to stretch up to 10 times its original length. This would enable it to lift loads up to 500 times its own weight.

The future robots that use this form of artificial muscle will be more human like than any of the transformer style robots we’ve seen in the past. And they will undoubtedly win any arm wrestling match on Earth.