Editor's Pick502 Windows XP19
By now, everyone aged two to 92 is probably aware of the fact that April 8 is going to be the day we have... 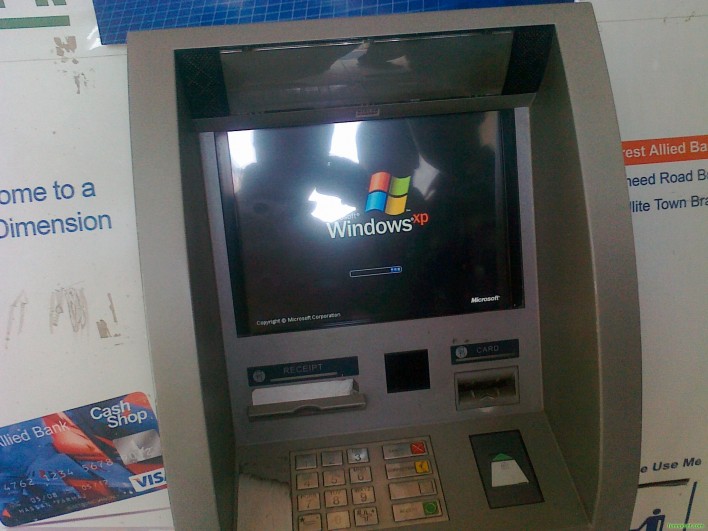 By now, everyone aged two to 92 is probably aware of the fact that April 8 is going to be the day we have to say goodbye to Windows XP, although technically, the operating system will not disappear. It’s just that Microsoft will end support for it, making devices running on Windows XP vulnerable to security attacks.

The average person might not worry all that much, but the news that more than 60% of ATMs in the US will continue to run on Windows XP is quite alarming, isn’t it?

I never thought about this before, but apparently, a large number of ATMs run on Windows XP; and while Microsoft has not been lax in reminding everyone – and their mom – about the end of support date for the operating system, it seems that taking ATMs off of Windows XP is not a simple matter.

The ATM Industry Association (ATMIA) says that only about 38% of ATMs (of almost 425,000) in the country will have been upgraded to Windows 7 by April 8. You don’t have to be really good at math to realize just how many ATMs – machines that dispense cash! – will be running on outdated software!

Then again, who’s saying that Windows 7 is better? This OS, is, however, the next available upgrade for ATMs.

The problem is that migrating the ATM systems is not as easy as it is for the individual user. In some cases, it is not only software that is involved, but hardware changes may be required as well. So even if ATM operators have been aware of the deadline for some time now, not all of them have been able to make the necessary adjustments.

So should you really be alarmed? According to David Tente, executive director USA of the ATMIA, not really. To quote him:

“An ATM on April 9th is going to be just as secure as it was on April 7th, if operators have the proper measures in place for protecting them.”