You Can Now Buy A Back To The Future Hoverboard

Gadgets1687 movies37
The Back to the Future movies are some of my favourite films of all time, and I especially love the second installment of the trilogy.... 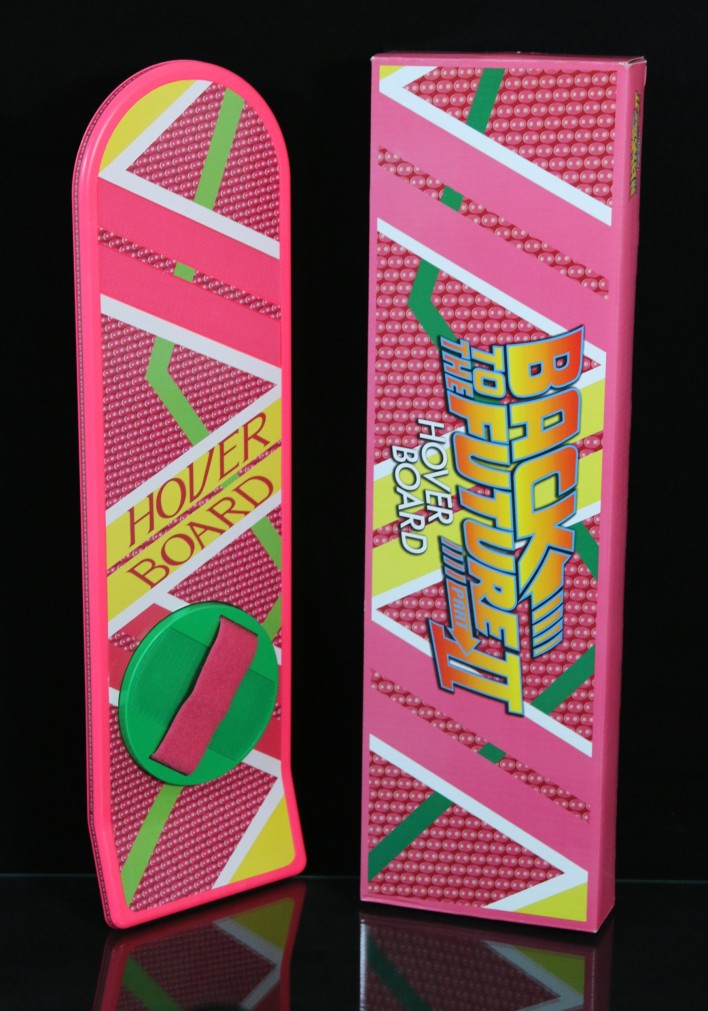 The Back to the Future movies are some of my favourite films of all time, and I especially love the second installment of the trilogy. It served to introduce us to some amazing technology from the future, including Marty McFly’s Nike Power Laces and of course it gave us the hoverboard. What kid (or adult) watching the movie didn’t immediately wish he/she had their own hoverboard? Unfortunately, it’s 2015, and we still don’t have hoverboards. Oh, there was a clever hoax last year which Christopher Lloyd (a.k.a. Dr. Brown from the movies) played a big part in. Even if it was a hoax, the commercial is still great. Then, there was the Hendo Hoverboard – a hoverboard that actually worked, but only when it was used over a special surface; Tony Hawk got to test that one out. But now, you and I can own a piece of movie magic. For the relatively low price of $48.99, you can buy a replica of the Hoverboard from the second Back to the Future film.

You’ve probably already guessed it, but while this baby does look the part, it won’t perform the part; in other words, it won’t hover. Therefore, it won’t help you outrun Biff or anyone else who may be chasing you through a park. Even if it doesn’t hover, it’s bound to get you some attention. After all, not everyone walks around with a hoverboard.

This replica is sold by HalloweenCostumes.com, and could be just the perfect accessory for that Halloween costume you’ve been trying to get together.