Android177 how-to-internet43 how-to-mobile46
Remember when we used to use maps to get places? Now we rely on a little electronic voice to tell us where to go,... 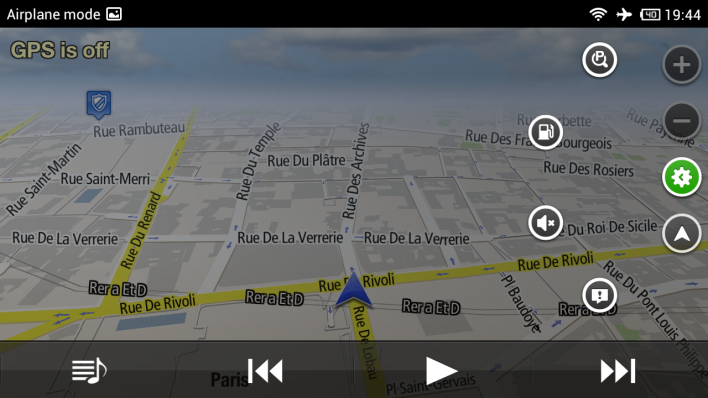 Remember when we used to use maps to get places? Now we rely on a little electronic voice to tell us where to go, getting lost isn’t nearly as much fun as it used to be and we’ve replaced arguing over who said we should turn left at the lights and replaced it with patiently waiting for the “recalculating” box to disappear.

If you haven’t already launched into the world of SatNav, and you own an Android device, did you know you could use your phone or tablet as a SatNav at no extra cost? Even if you know where you’re going in life, it’s still handy to have a little voice reassuring you that you are on the right track.

Did you also know that you don’t need WiFi to use your Android device for satellite navigation? The Global Positioning System (GPS) that let’s your Android device know where you are, anywhere in the world, works by communicating directly with a satellite way up there in space. It’s nothing to do with your WiFi connection; it’s a completely different animal. Actually it needs at least four satellites to give you accurate location information but as long as you can see the sky, you should be OK. Don’t use Android GPS for potholing.

What you do need WiFi for is to download the maps that let your SatNav work out where you should drive, but you can eliminate the need for this by simply making sure you have all the maps you need already downloaded before you begin your journey. This doesn’t mean downloading individual towns or cities, you can generally download a whole country at a time, and so unless you’re taking part in the Gumball Rally, one map should suffice.

A number of free SatNav apps are available in the Play store that help you out by also supplying free map downloads. As with all these things, some are better than others, but the options on one might suit you better than another so try a few out. Ones that I’ve found useful, with UK maps for free and a good user interface are Navfree and Mapfactor but the choice is staggering, just search for “free SatNav” on the Play store.

If nothing else, it will improve your personal relationships, as you can now blame your Android device for getting you lost and not each other.