Gadgets1687 Most Popular Featured836
The first curved OLED TV set, announced by LG Electronics earlier this year, is already available for retail pre-order in South Korea and will... 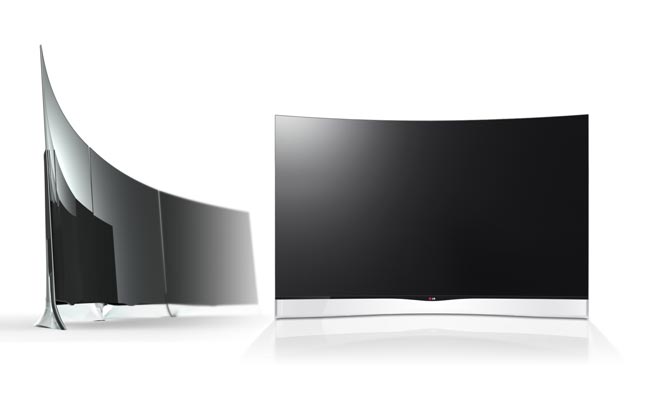 The first curved OLED TV set, announced by LG Electronics earlier this year, is already available for retail pre-order in South Korea and will be released on other markets over the net few months. The unique TV set is advertised as offering images that are more natural and vibrant than ever before.

The OLED technology allowed manufacturers LG to design an ultra-thin TV series, which includes the curved screen and a flat one as well. Unlike LCD TVs, OLED TVs can be a lot thinner because the technology consists of carbon-based materials converting electricity to light, and OLED screens do not require a separate light source to illuminate their crystals. This also makes it possible to include OLEDs in a flexible plastic layer instead of glass, thus making it easier to design and manufacture a curved screen. Curved screen OLED TV models were presented by both LG and its rival Samsung at this year’s Consumer Electronics Show in January, but LG was the first to actually release the product for purchase.

The 55 inch curved TV, also known as the 55AE9800 model, is 0.17in thin and weighs 37.5 pounds. Due to its curved shape and the LG color technologies it is equipped with, the TV set offers viewers an IMAX-like experience in their own home, as the entire surface of the screen is at equal distance from viewers’ eyes, which eliminates any problems with loss of detail and visual distortion on the edge of the screen, LG said.

The curved TV is currently available only in South Korea, for $13,500, but is likely to be released in the United States very soon. LG announced that pricing and release dates for other markets will be revealed in the next few months. A couple of months ago, the South Korean electronics company released the first consumer big-screen OLED TV, sold for a retail price of $10,000. LG also announced recently plans to manufacture and sell a smartphone with a curved and flexible OLED display by the end of the year.